Parker Health Group rebranded to change the conversation on aging.

From What to Why: Rebranding an NJ old-aging service home to transform perceptions of aging services in America.

The Francis E. Parker Memorial Home is a 110-year-old aging services organization established by members of the J&J family, now with six full-service residential campuses in and around New Brunswick, NJ.

Starting in 2030, when all baby boomers will be older than 65, older Americans will make up 21 percent of the population, up from 15 percent today. By 2060, nearly one in four Americans will be 65 years and older, the number of 85-plus will triple, and we’ll add a half million centenarians. This means the challenge is enormous for those who need help leading productive lives, whether independent or assisted.

Ideon was tasked to help Parker change perceptions of aging so Parker could own the category conversation in aging services to influence all Americans.

“The identity has transformed not only Parker, but what it means to be elderly in America.”

We embarked on rigorous research of the category, the name, brand equity and opportunity—and simplified the name, developing a “Why” brand positioning that upended the perception of aging as decline and not part of a fulfilled life.

This led us to a new tagline to “make aging part of life,” reflecting Parker as the only human organization in a category that is mistrusted, feared and avoided until absolutely necessary, this tagline transformed the brand from what to why.

“The handcrafted logo is eye-catching, meaningful, and timeless – perfect for elderly generations to come.”

We captured the vision and direction of the organization in a category-defying visual identity catering to Parker’s diverse and expanding audiences.

“Branding is so much more than just a logo, and Ideon showed us how transformative an elegant design counsel can be for an outdated brand.”

The new positioning and identity serve as a platform to launch the brand to residents, families and employees, activate Parker’s ground-breaking #WithIt campaign, and power Parker’s growth to meet the ever-changing needs of the 73 million Americans who will be “aged” by 2030.

Over the years, we’ve grown to know and continue to advise Parker as it advances this consequential business and branding shift.

We understand these shifts take time and are honored to serve Parker for the long-term. 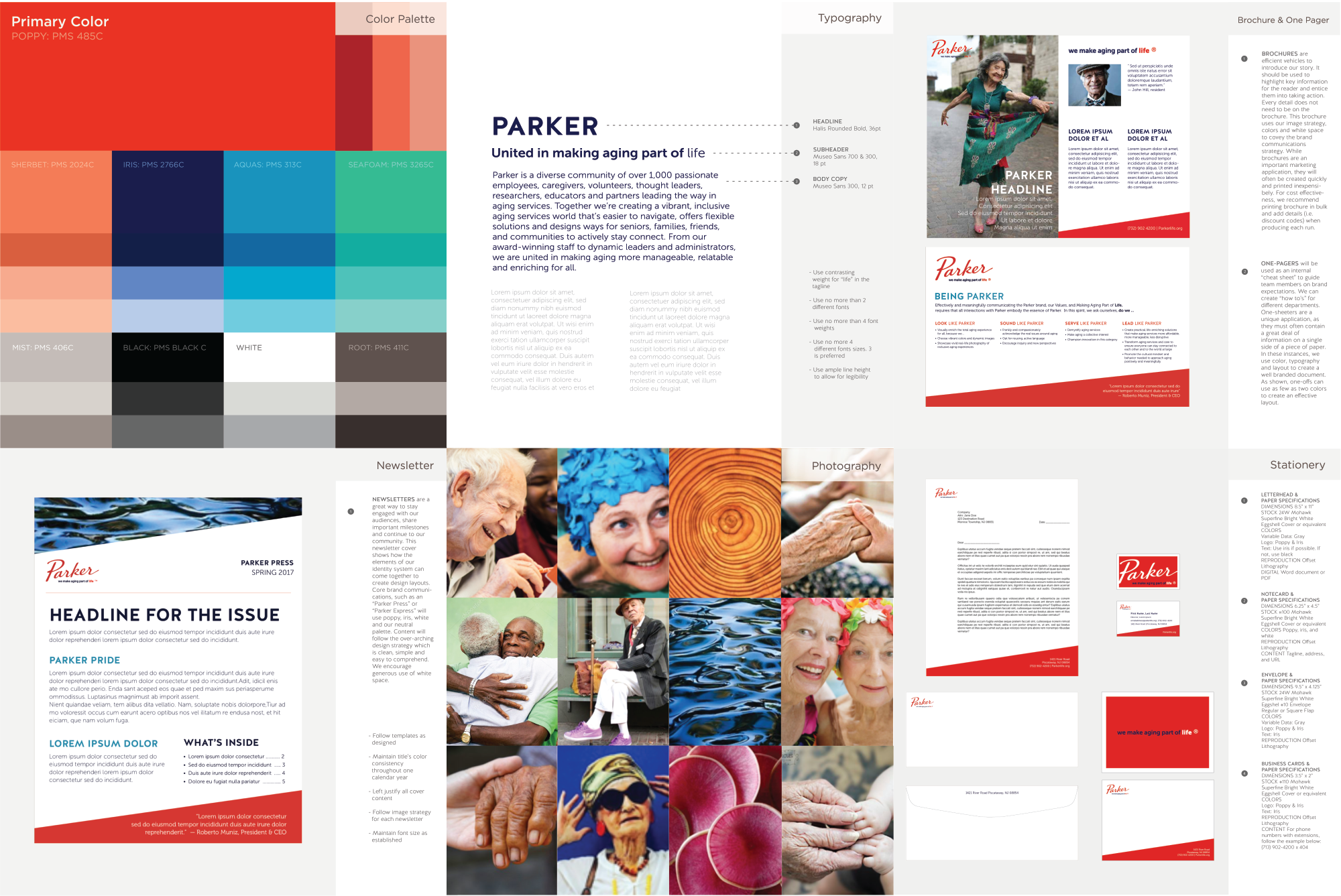 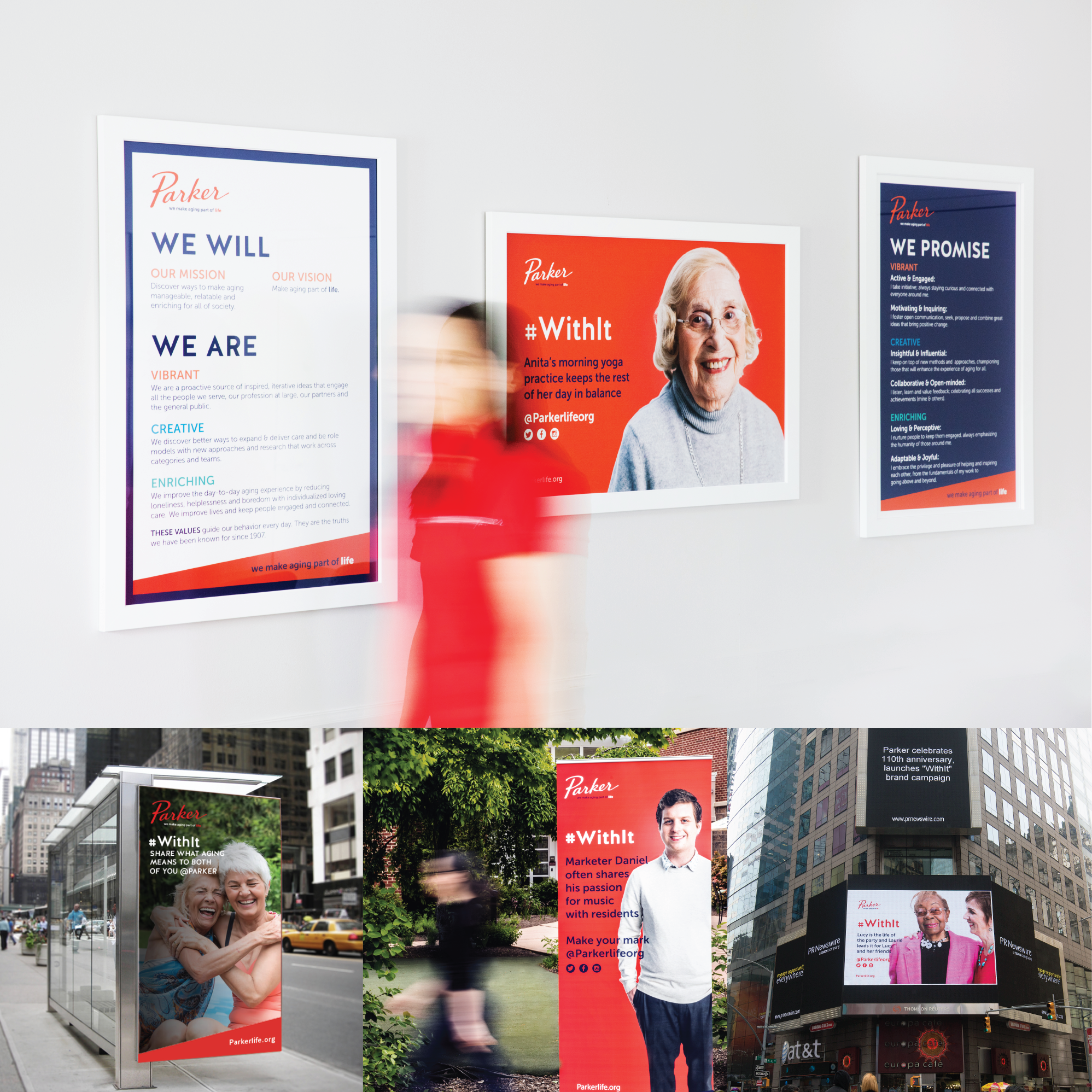 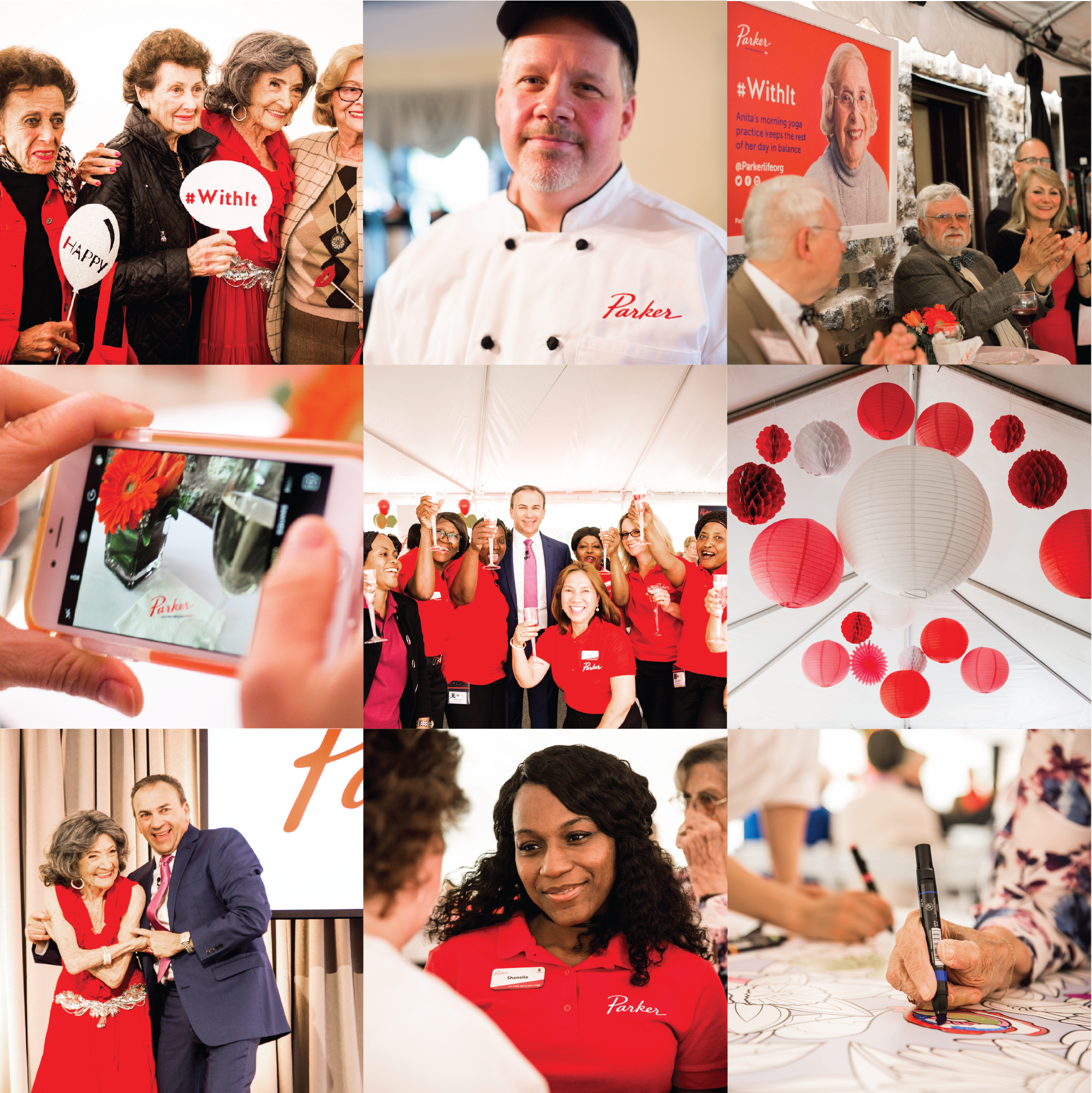 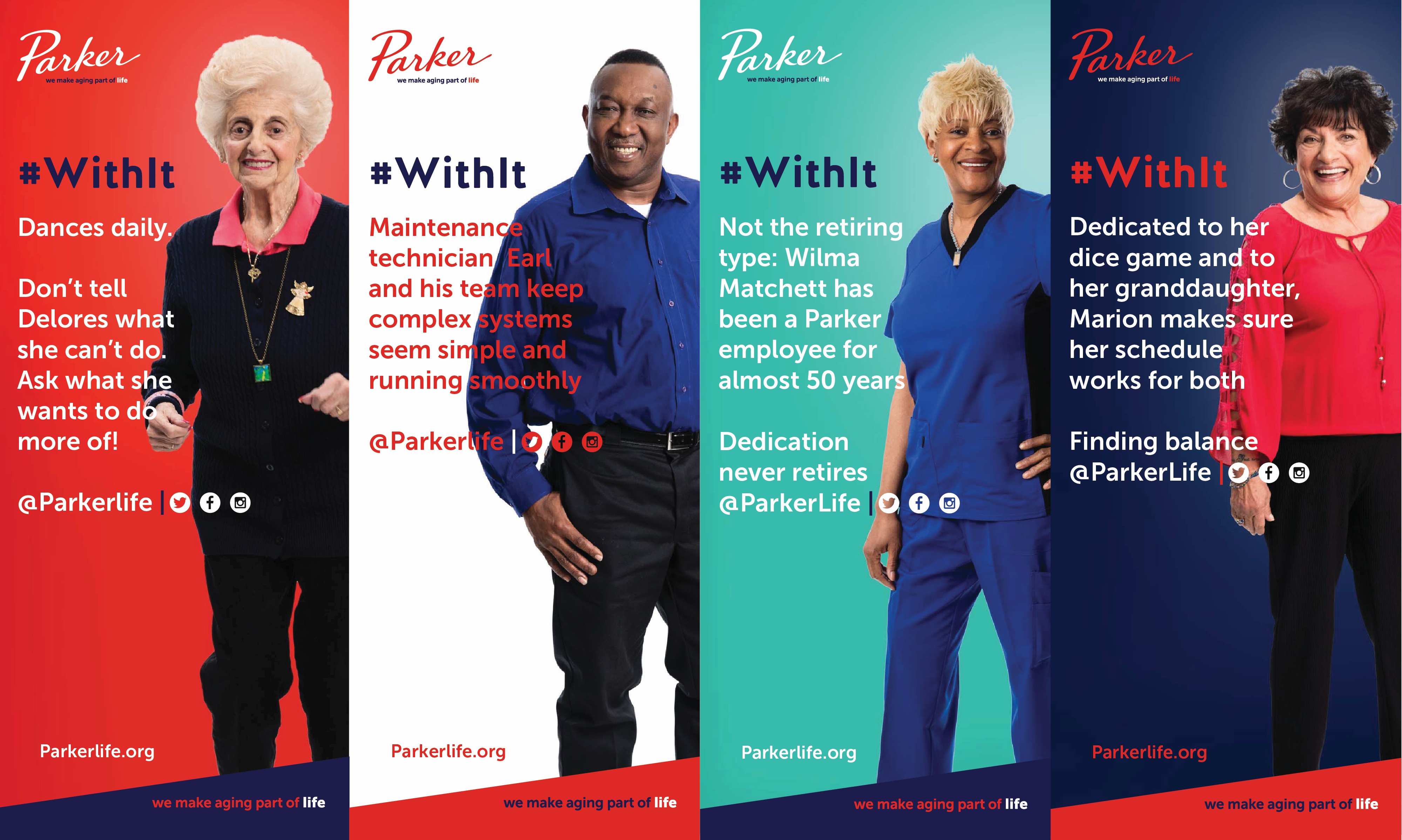 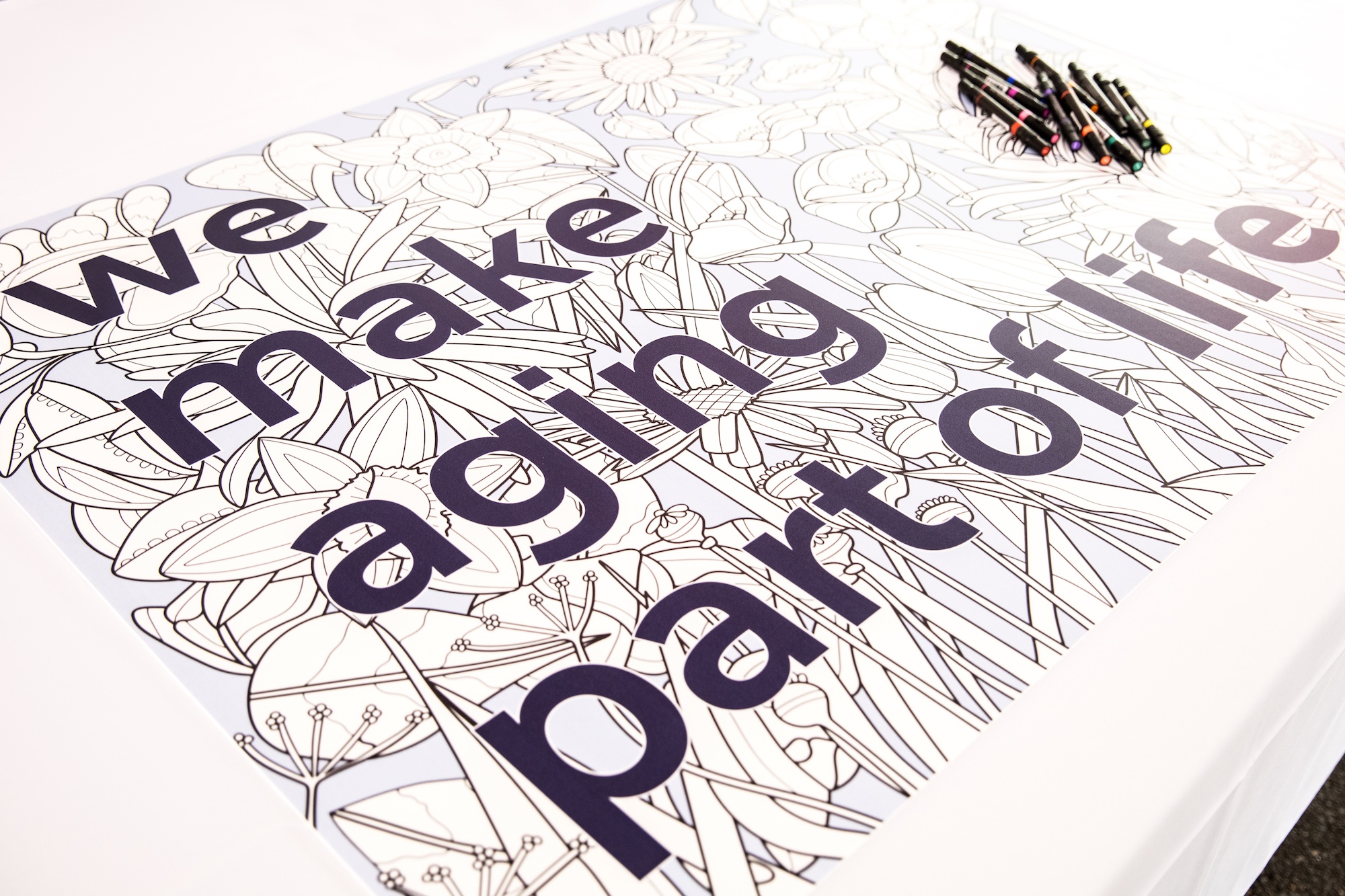 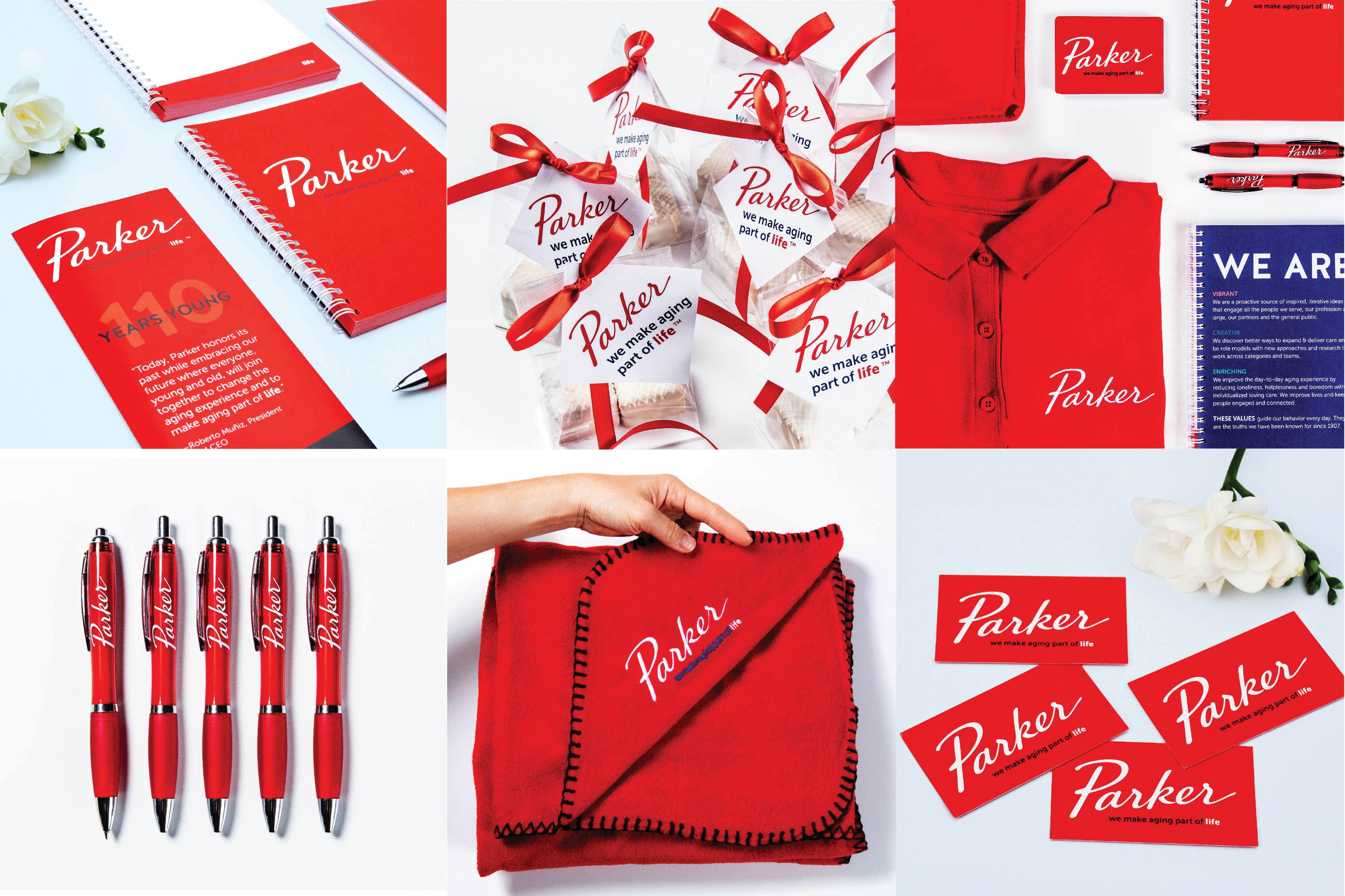 “ Ideon’s dynamic rebranding allowed us to engage the world as an inspiring aging services organization. ”
Roberto Muniz, President and CEO of Parker