MetLife is one of the world’s most revered and recognized insurance providers. Ideon has named and refreshed the MetLife’s Global Impact program, amplifying the philanthropic reputation of an already well-known brand.

For over 150 years, MetLife has been one of the largest global providers of insurance, annuities, and employee benefits, with 90 million customers in over 60 countries. With Corporate Social Responsibility (CSR) trends on the rise, MetLife asked Ideon to modernize its social impact brand as a responsible and impact driven enterprise, globally.

Ideon named and branded MetLife’s existing corporate social responsibility efforts into a recognizable, global brand. Although MetLife had a social impact program, it was largely unknown to employees or customers and focused on the “what”, or services and products. Under a new initiative named “MetLife Global Impact”, Ideon transformed MetLife into the why brand global insurance provider with a recognizable commitment to corporate and social responsibility.

To develop this unified social responsibility story for all audiences, Ideon brought the MetLife Global Impact brand to life in a global launch, across multiple touchpoints. After brand positioning and a new story, we designed an employee engagement program and launch materials including posters, banners, packaging, advertising and Snoopy displays. Materials were translated into multiple languages to unify the single CSR brand identity across the global network that MetLife touches, from the USA to Brazil, Korea, Japan, China and more.

The global launch campaign generated new employee awareness of MetLife’s global impact and attracted interest by asking employees to share personal social action stories. Employees were eager to take part in the launch, excited about the new MetLife community and impact they were a part of.

Ideon is honored to have transformed an already iconic insurance provider into a human-facing leader in corporate social responsibility with a unique why brand.

Nandika Madgavkar, former SVP Communications at MetLife is a fan, explaining "Ideon is a powerhouse of ideas! Andrea is a hands-on leader and equal participant in the entire ideation and creative process. Follow-through and service from her team is top notch. Highly recommended!" 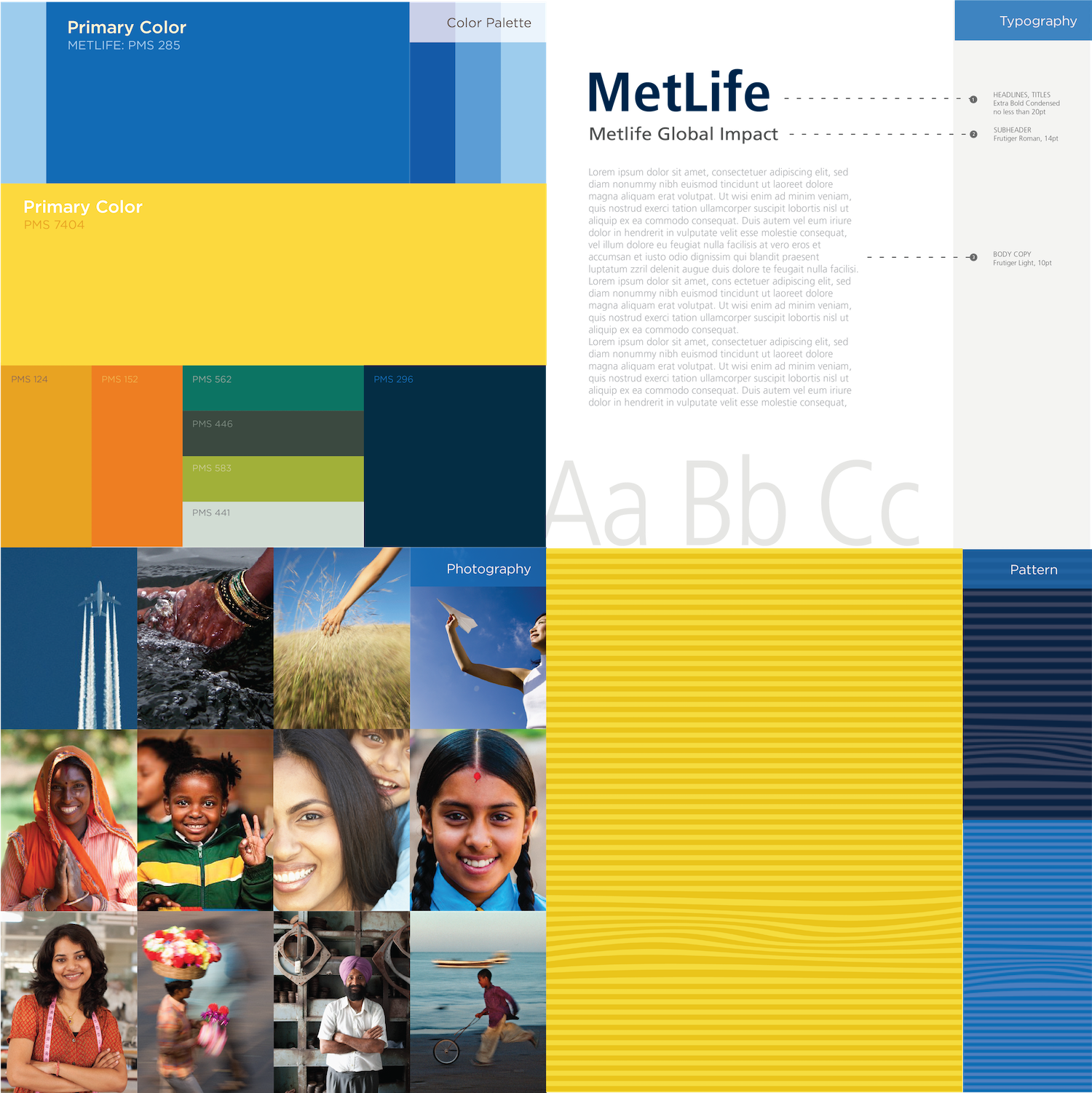 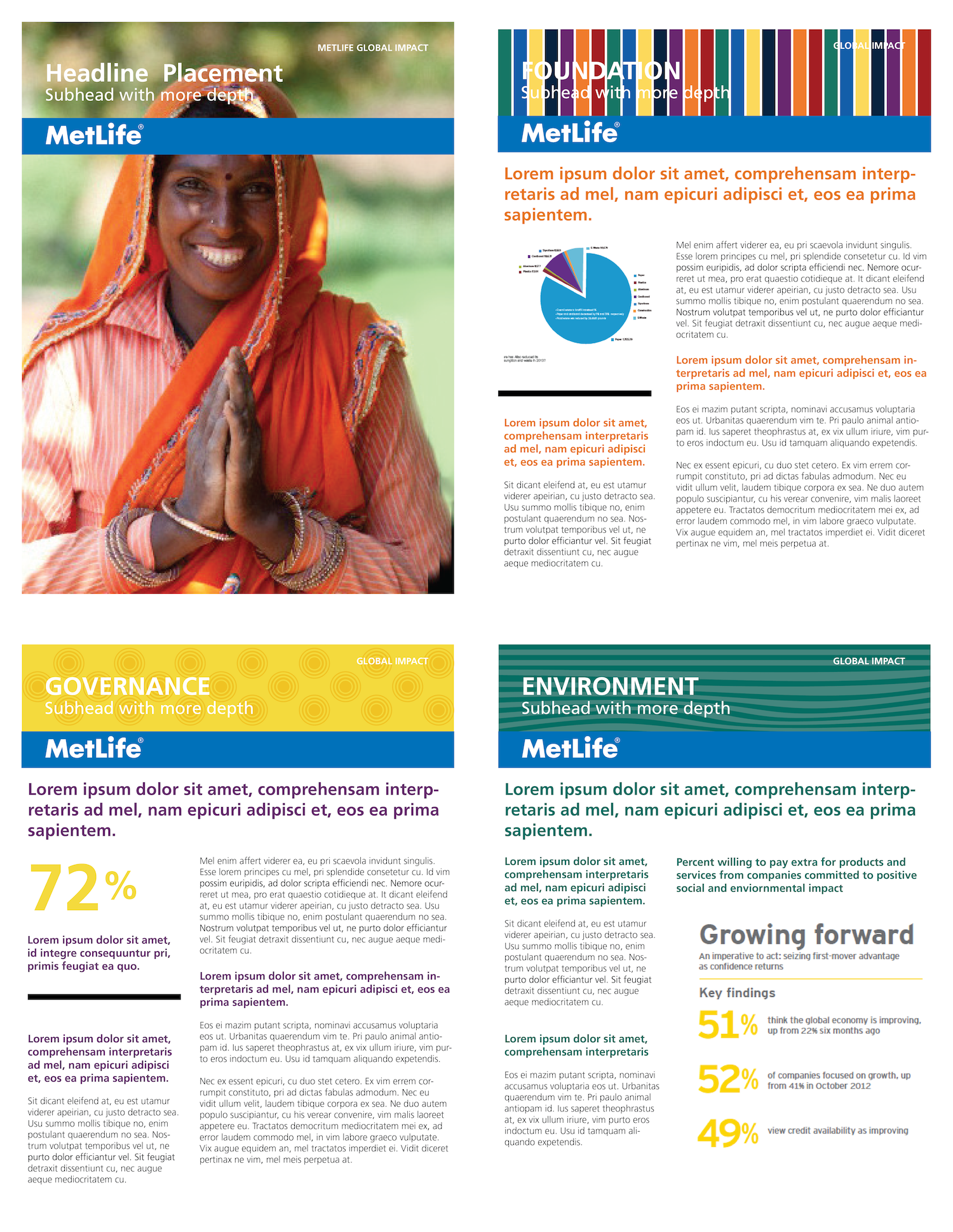 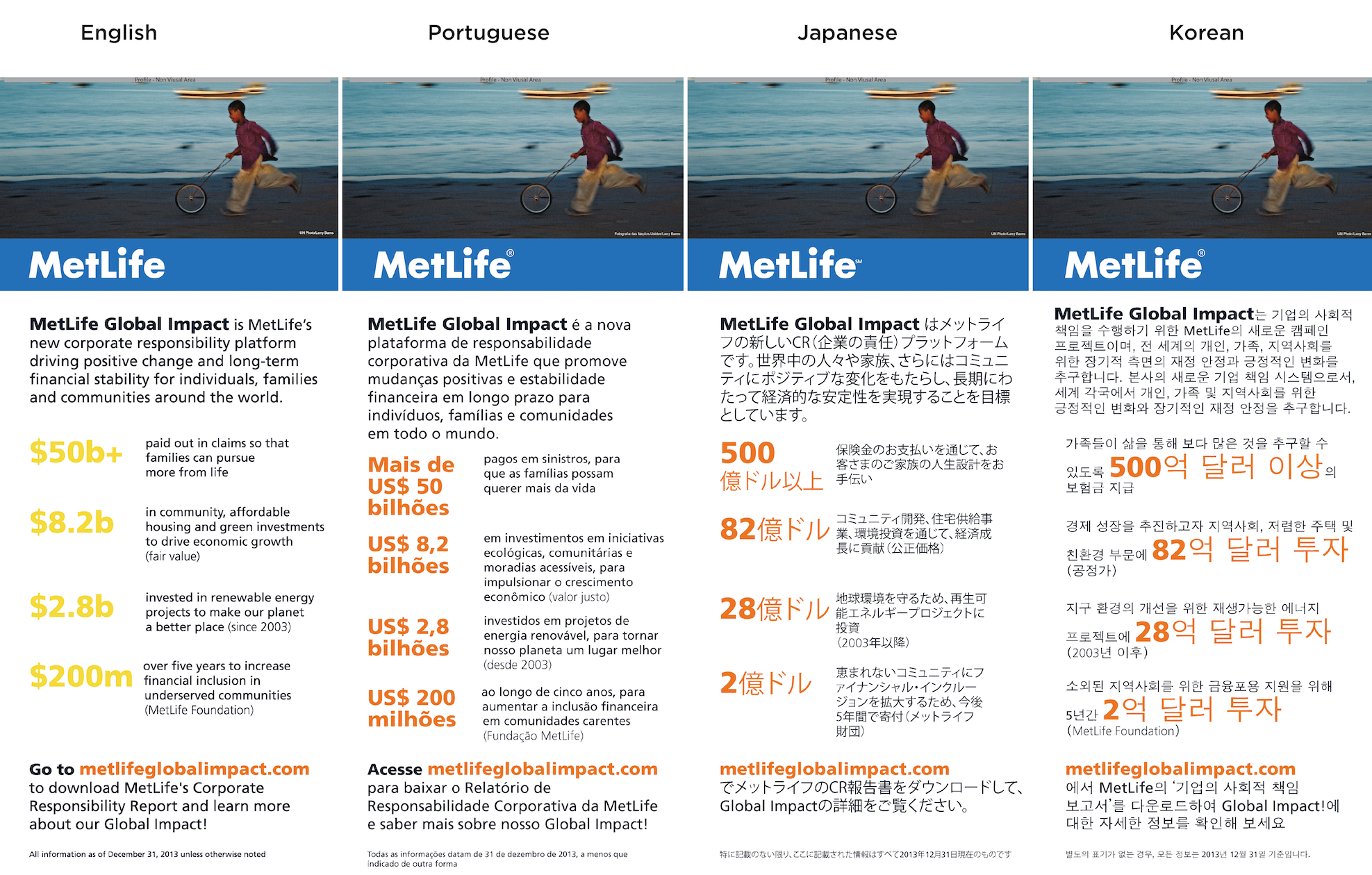 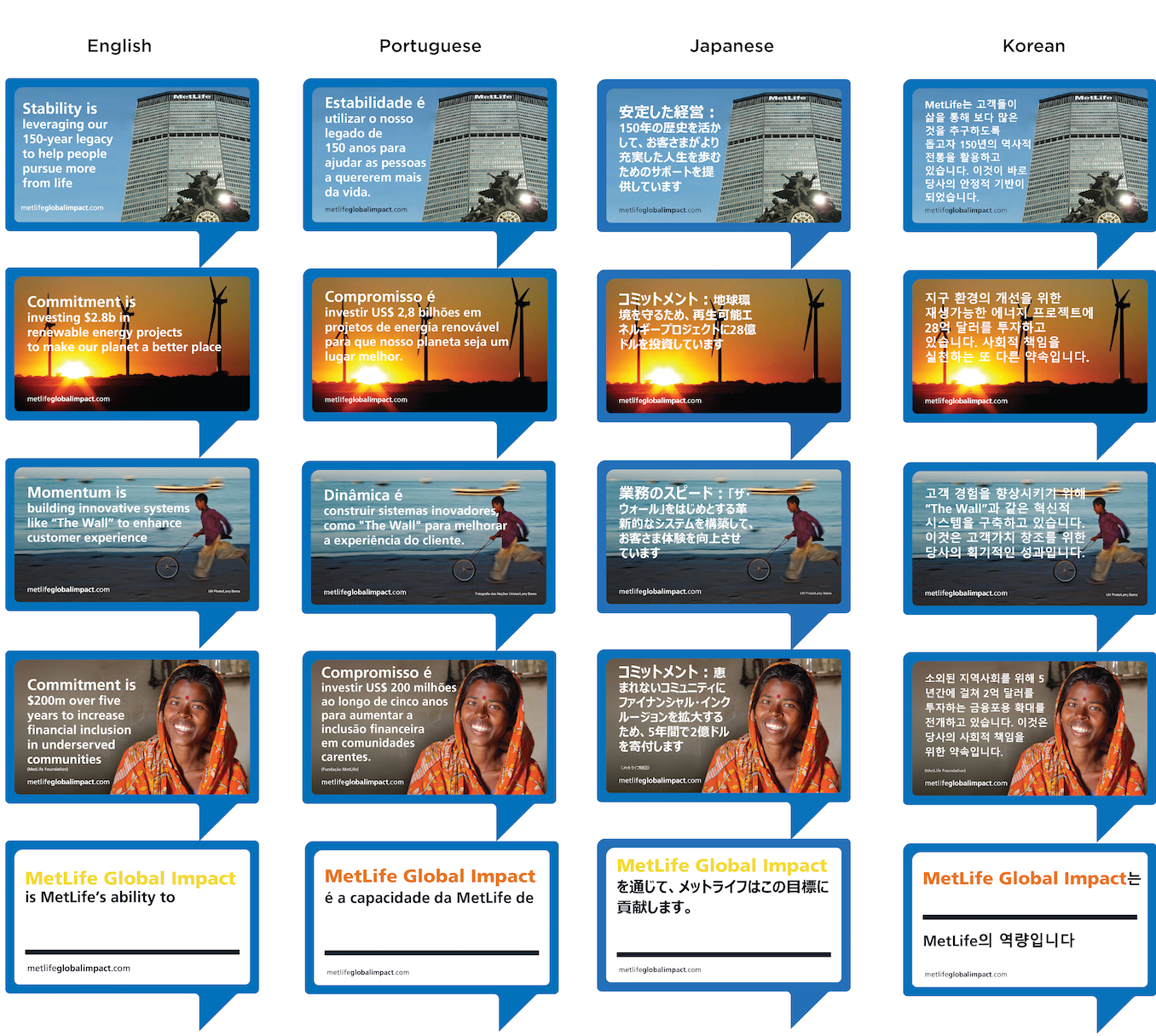